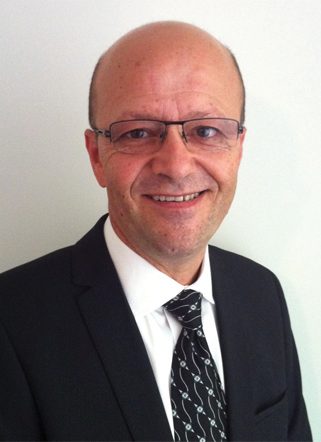 Following a year of dedication and focus, Ezio Forcella successfully completed his MBA through the Australian Institute of Business  and  is reaping the rewards of his knowledge and professional development.

Having gone straight to work after finishing school, Ezio always wanted to set himself the challenge of taking on university studies.
“I always thought that I was capable of achieving a university degree, but I had not yet attempted it. Completing the AIB MBA gave me a sense of self pride that I could achieve this goal,” said Ezio.

Working as the Dealer  Principal for Victory  Motorcycles Sydney, Ezio  is essentially the general manager of the store. He runs the dealership and is in  charge  of  many  varied  areas,  from  human resource management, to sales, fixed operations and administration, just to name a few.

Having been in the automotive industry for twenty years, Ezio knew the industry, but through studying the MBA, he was able to gain a broader perspective of his role and improve some of his approaches to business.
“I’ve  applied  a  lot  of  the  knowledge  that  I  learnt  during  my  MBA. In  particular, I can now communicate more effectively with senior managers up the line. The MBA has certainly helped me progress and build my knowledge,” said Ezio.

Working almost every day at the dealership, Ezio’s schedule was already quite full.  However,  he  was  lucky  enough  to  have  the  support  of  his employer and his family when he decided to start studying.
“Before I began the MBA, I sat my family down and explained what I wanted to  do. My wife said that if I wanted to do it, she  would support me,” said Ezio.“Whilst I was studying, I was working six days a week in a retail environment. I had to fit my study in during the evenings  and  on Sundays  when I would  have my day off.

It was like having two full-time jobs, but the beauty of the AIB MBA is that it’s flexible and you can fit it around your work schedule.”

The format of the AIB MBA suited Ezio’s needs and even though the course was fast-paced, he found that as he progressed, things became easier.
“The  first  subject  was  very  daunting,  as  initially,  it  seemed  like  an awful  lot  of  information  to  digest. When it  got to about the third subject, however, I had worked out how to plan my time. It became easier  to  get  through the workload after I had  developed  a systematic routine for studying,” said Ezio.“I looked at quite a few MBAs and I liked the format of the AIB MBA. I preferred focusing on one subject per month, rather than having to juggle multiple subjects at the same time.”

For Ezio, the course was enjoyable and worth the sacrifices he made during the year.

“You have to give up a bit of social  life,  but it’s worth it. I said  to myself  that  doing  the  MBA would only take a year of my life and that’s what drove me. I am now planning a holiday with my family and I feel better about doing it now, because I’ve earned it.”

“My advice to potential students would be that if you start an MBA, commit to it and don’t let anything distract you. The hardest part was in the middle of the MBA – the hump, but you just need to persevere with it. If you put the effort in, the reward will come.”