On the go study possible with the AIB MBA 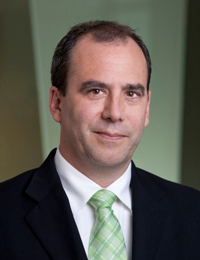 John Ansley travels frequently for his work with Linfox, so when he was choosing an MBA course, he needed a program that would accommodate his jet-setting lifestyle.

After researching a number of MBAs, John found that the AIB MBA was the best fit for him because of its flexibility.

“I  travel worldwide for work, so I needed a course that was completely mobile,” said John.

“The AIB MBA was great, because I could be anywhere to study. I did a lot of my study  on  planes and in hotel rooms whilst I was travelling. It was also very convenient that I could change the location of my exams when necessary.”

John’s  background and knowledge had mostly been gained through on the job experience. However, after having worked in senior executive roles for a couple of companies, he decided that he wanted to complete a formal qualification by doing an MBA.
“I wanted to tie up all my experience and operate within the framework that was consistent with other people in business. Although not having any formal qualifications had not really been an issue in the past, now that I have studied the MBA, I can see that I am able to take a much more  academic approach to my work,” said John.

“For example, doing the MBA has changed some of the terminology I use and has also changed the approach I take in explaining ideas to our board.”

John found his experience went hand in hand with his study and  just as he improved his business knowledge with his studies, the  experience gained throughout his career in turn aided him with doing the MBA.
“I think it was very beneficial to me when studying the MBA that I had a lot of experience under my  belt.  For  example, I  did  well  in  finance  because I had a strong  background in that area and for me the course was a means of formalising what I already knew,” said John.

“In fact the AIB MBA has inspired me to take on further study and I am now looking at doing more study to keep improving my skills.”

In addition to the knowledge base he had acquired through his work  in  the  field  of  logistics,  John  is  pleased  to  now  be recognised in the workplace as having an MBA, which he says is great within itself.
“A lot of people at Linfox are degree qualified, so a bonus of completing the MBA was also gaining  added  recognition from my colleagues and clients.”