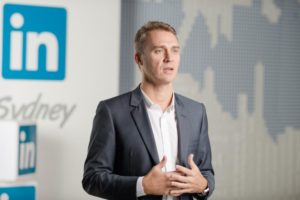 Olivier Legrand assumed the role of Managing Director for LinkedIn in the Asia Pacific and Japan region on January 1, 2016, and continues to lead the company’s Marketing Solutions business in the region.

Olivier brings with him more than a decade of leadership, marketing and business development experience in the region. Prior to joining LinkedIn in February 2012, he was General Manager, Asia at The Wall Street Journal Digital Network. While at Dow Jones, he also served as Director of Marketing in Asia for The Wall Street Journal’s Asia franchise, driving marketing and advertising initiatives across both print and online platforms.

Before joining Dow Jones, he founded Creasia Marketing House, a marketing and digital production agency in Hong Kong and served as its Chief Executive Officer. Before relocating to Hong Kong in 2004, Olivier was based in Paris, and served as Marketing Director for Cortal Consors, an online brokerage that is part of BNP Paribas. Olivier was elected Chairperson for the Interactive Advertising Bureau Southeast Asia (IAB SE Asia) Singapore Chapter in February 2014 and February 2015, after serving as ViceChair in 2013.

Olivier has a Master’s degree from the Paris Graduate School of Management (ESG).