Working full time, we spend more than half of our awake hours in the workplace. Despite its dominance in our lives, SEEK recently reported that less than half of Australian workers are happy with their jobs, and only a small percentage of these unhappy workers actively look to change their situation. If an individual is discontent in their job, it can impact their life in a number of ways, from poor mental health to relationship strains.

While each person is motivated by different things, there are several key factors that commonly contribute to overall job satisfaction. To explore Australians’ views on success, NAB published a whitepaper titled Rethink Success, which explored the importance and relevance of several quantitative measures of success. Conducted by global research firm Ipsos, more than 2,000 Australians aged 16-70 were asked about what drives job satisfaction for them. Remuneration topped the list as the most important contributor, but a number of other factors followed closely behind.

With reference to the findings, we explore some of the prominent factors that contribute to job satisfaction. 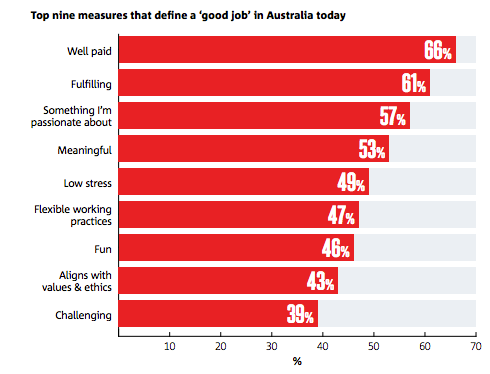 Figure 1: NAB’s top nine measures that define a ‘good job’ in Australia in 2017

Although it’s often said that money should not be the driver in our professional lives, it certainly does contribute greatly to job satisfaction. A competitive salary acknowledges that the contribution an employee makes is valued by their company, indicating fulfilment from both parties. When an employee is paid a salary they deem as satisfying, they’ll be less likely to look for a higher-paying role elsewhere.

If a top-end salary cannot be offered, benefits such as industry memberships, additional annual leave, flexi-time and professional development opportunities are all valuable components of achieving job satisfaction. What is competitive salary? NAB’s study found that the average expectation of a ‘well-paid’ salary is $120,000, but this varies from men to women and across generations.

Feeling that the work you do has meaning and purpose is a critical element of job satisfaction. You deserve to work in a role and for an organisation where your personal purpose can shine. Almost any job can be meaningful, but finding that meaning is something we must consciously pursue and create through thoughtfulness and practice. It really does come down to defining and enacting your purpose in the quest for professional fulfilment. Aligning your work with personal passions and values helps, as does being aware of how it serves others, and gaining recognition for your valued contribution.

Read more: How to Find Meaning and Purpose in Your Work

A balance between work and life

The term ‘work-life balance’ is thrown around on a regular basis, but what does it really mean? SafeWorkSA describes it as, “the relationship between your work and the commitments in the rest of your life and how they impact on one another.” Each person will have a different perspective of where the balance should lie, but generally, it should mean that work is left at work.

According to NAB, 68% of Australians believe that having a good work-life balance is a top priority. This contributes greatly to lower stress levels in the workplace and overall productivity. A number of variables dictate this balance, but managers can do their part by monitoring their team’s workload and deliverables to ensure expectations are realistic, and by offering flexible working practices when required.

While we’re not at work to make friends, the culture within a workplace can really make or break job satisfaction. Workplace culture refers to everything from trust between employees and management, to the environment itself. A healthy environment is one that is stress-free and creates a positive and productive setting for all staff. It also relates to job security, as feeling insecure within a role can lead to a great deal of anxiety. Security can be provided through transparency and regular communication about the company’s performance and long-term plans, and a commitment to each employee’s path within the company.

A path for progression

Finally, even if an employee is satisfied at their current level, many want to know that there is scope to progress within the company and function in the future. After some time, most will want to take on greater responsibilities, and with that comes a need for higher remuneration. Professional development opportunities are also key to job satisfaction, as employees look to continually learn and progress within their field. So much so that 79% of Australians believe that ongoing training and up-skilling is essential to advance a career. Even if it’s not a priority when originally hired, a focus on retaining employees within an organisation through progression and learning should be a priority.
Job satisfaction is a huge component to overall happiness, and should be a priority for both individuals and organisations. If your job isn’t working for you, consider speaking with your manager to rectify the situation, or pursue other opportunities that will bring you greater job. Life’s too short.