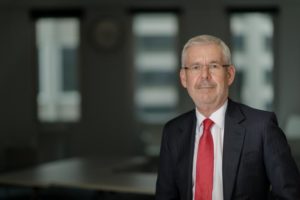 Steven Burrell was former Chief Executive of Governance Institute of Australia between 2015 and 2018. Prior to that, Steven was the General Manager of Communications and Public Affairs at the Australian Institute of Company Directors (AICD).

He was previously a leading journalist, columnist and editor at the Australian Financial Review, where he was Economics Editor and Deputy Editor, and the Sydney Morning Herald, where he was Deputy Editor, National Affairs Editor and Business Editor. Over a 25-year journalism career he won both a Walkley Award and the Pan Asian Journalist of the Year Award. Earlier in his career he was a policy adviser at the Federal Treasury and Australian Bureau of Statistics.

Steven holds a Bachelor of Economics degree from the University of Sydney and is a graduate of the General Management Program at the Melbourne Business School Mt Eliza.