The Thankyou brand is now a household name in Australia, but it’s still less a decade old. It all began when Daniel Flynn, 19 years old at the time, was studying at university and researching the impact of the global water crisis in developing countries. The statistics he came across would change the course of his professional life. He learned that 900 million people didn’t have access to clean water and that 4000 children died every day from waterborne diseases.

Together with his then-girlfriend, now-wife, Justine and his friend Jarryd Burns, Flynn set out to change this. The idea for Thankyou Water was simple but effective – sell bottled water and donate the profits from its sales to fund safe water projects in developing nations.

After a series of unsuccessful factory visits and business meetings to get the idea off the ground, Flynn managed to get the support of a factory which agreed to produce his products with no upfront costs. They also scored a deal with packaging giant Visy, which provided the bottle mould, also with no upfront costs. With zero funding, he pitched the product to a director at the largest beverages distributor in the country, Metro Beverage Co, which produced Lipton iced tea, Bunderberg ginger beer, Red Bull and more. They loved it and placed an order of 50,000 bottles. The news of the order inspired their business mentor, who donated $20,000 toward the project, helping to get the initiative off the ground.

But by 2011, everything was falling apart. Their first product rollout was recalled due to damaged labels, they lost 350 stockists due to a factory supply issue, and their distributor went bankrupt. The huge successes and terrifying lows in the first years taught the trio and their team of volunteers some hard lessons. That same year though, the business saw success when 7-Eleven Australia and Australia Post agreed to stock Thankyou Water.

In 2013, the team made the decision to expand into food and body care products, and rebranded to Thankyou. This enabled them to fund food, health and hygiene projects in developing nations, as well as water projects. However, the two large Australian supermarkets still weren’t interested. To get their attention, Thankyou launched a purpose driven marketing campaign which included the YouTube video The Coles and Woolworths Campaign. They encouraged their supporters to put the pressure on retailers to stock the products, and it worked! The two big supermarkets subsequently agreed to stock their entire range of products, catapulting the business into a season of strong growth.

The innovative team’s most recent marketing move has been the release of its pay-what-you-want book, Chapter One, which shares the social enterprise’s inception, growth and inspirations. 100% of the profits go to fund Thankyou’s growth, including a baby range and plans for expansion into New Zealand. 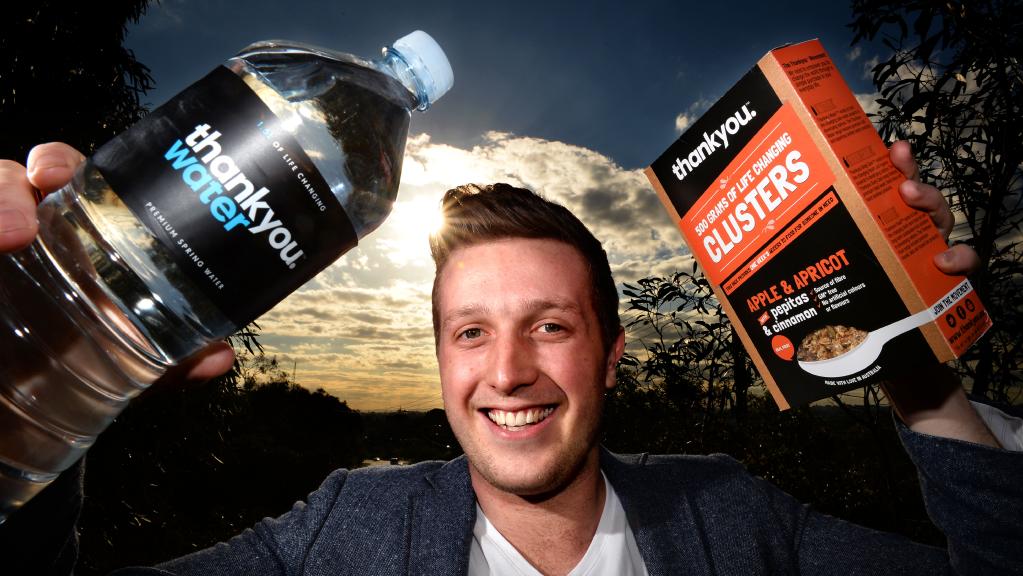 Effective February 2017, Thankyou has raised $5.5 million for projects that have helped get safe water, sanitation, hygiene, food, maternal and child health services to people across 16 countries. They have over 50 products now available and plan for continued growth into the future.

So customers can see the impact of their purchase, every Thankyou product has a unique ID on its packaging which can be tracked via the Thankyou website. Customers can see which project their money went to, the number of people the project has benefited, the status of the project and more. This transparency is key to the brand trust Thankyou has built with its followers, helping to maintain high customer loyalty.

The Thankyou juggernaut won’t be losing momentum anytime soon, and they are determined to take Australia and the rest of the world with them. Hard to believe that it all started from one young man’s determination to make a difference through something we take for granted – clean drinking water. Their mission has since grown as their reach has, and now is to end global poverty.