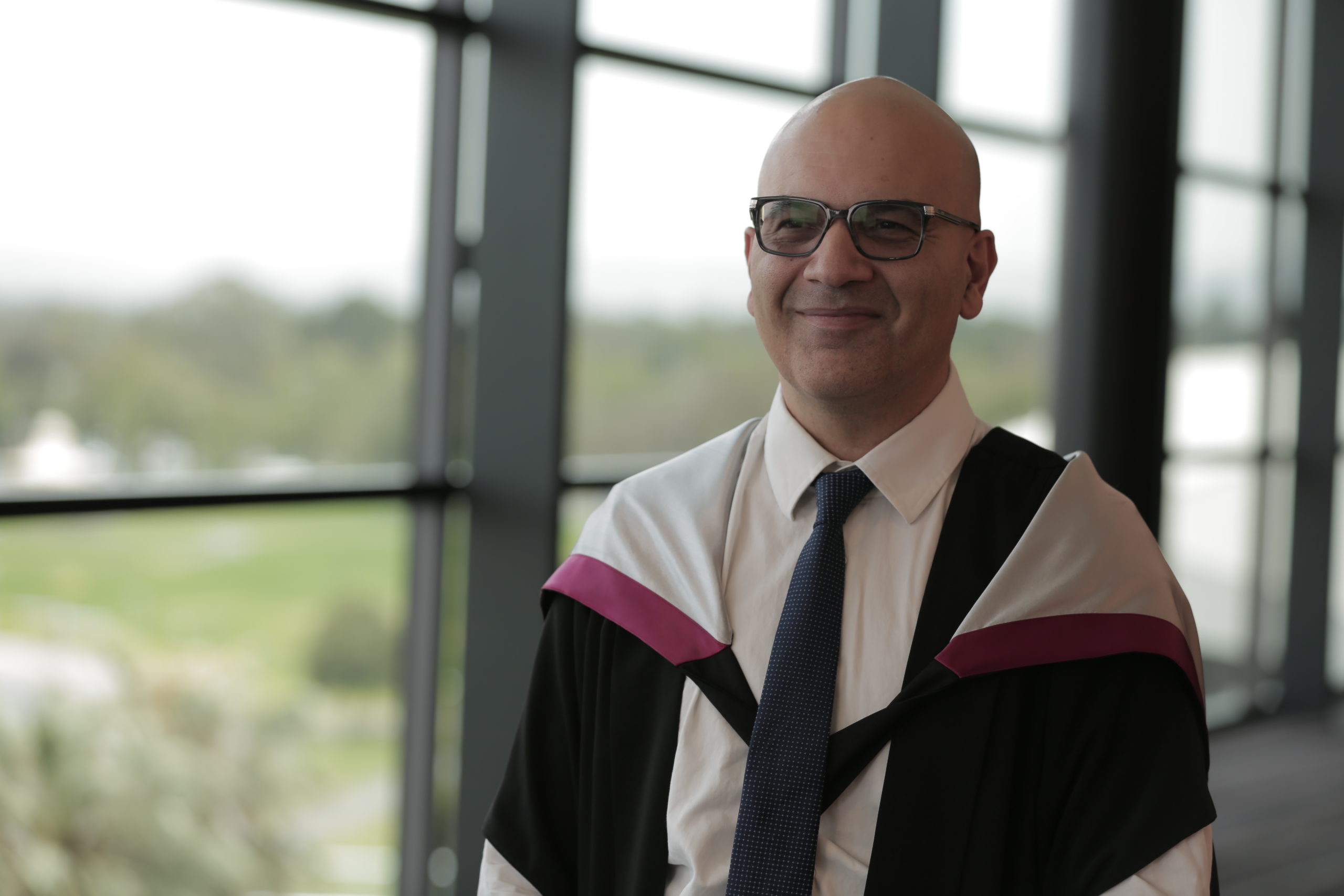 Mahyar wanted to study an MBA to keep pace with the business world, although he had a lot of experience, he wanted to go an extra step and expand his knowledge.

Why did you decide to study an MBA?

I’m kind of a sub-executive level and I thought that I needed to update my information. I’ve got lots of experience in a lot of stuff but when it gets to the executive level, you want to be able to now oversee a lot more things. Actually, I was starting an MBA about 20 years ago and I stopped it.

As soon as I found some time – and AIB advertising looked interesting to me, the way that they advertised their courses and everything – I felt, “Okay, I can do it while I’m working.” It was a good challenge for me to see if I’m not old enough still and I can do something. I made it, so that’s good.

What did you get out of the MBA?

A lot actually. It, as I said, updated my current information and showed me some new stuff that I didn’t know before. Another interesting part of it was networking with the other people in the classes. When you come in with the ideas and discuss the situation – I’m coming from an engineering and construction world and we had people from health world, computer, IT – everybody’s got a different idea to approach and attack a problem.

Would you attribute any of your career success having done the MBA?

I was not looking for career progression in that sense; I was looking to do a better job at what I was doing. In that sense, I accomplished what I wanted to come. I think there are some opportunities opened up for me too, that I’m now looking at it for maybe moving up the ladder. That’s happening too, so it has definitely had an impact on that.

What’s next for you?

I’ve found new friends, so that’s good. Just to tell you what a good impact has been, I knew one person in Australia before, now I know probably 30 people in Australia. Now that I’m here and I’m staying here for a month, every city that I go I know two or three people.

That’s a big achievement for me, just to know new people and communicate and network with them. It’s not just about the job; it’s about the people and life, being friends and helping each other when we can. I’ve created a connection to the ‘down under’, so that’s good. The other thing, in terms of work for me, is just to incorporate what I learned in my day-to-day activities, and not just myself but the team that I’m working with.